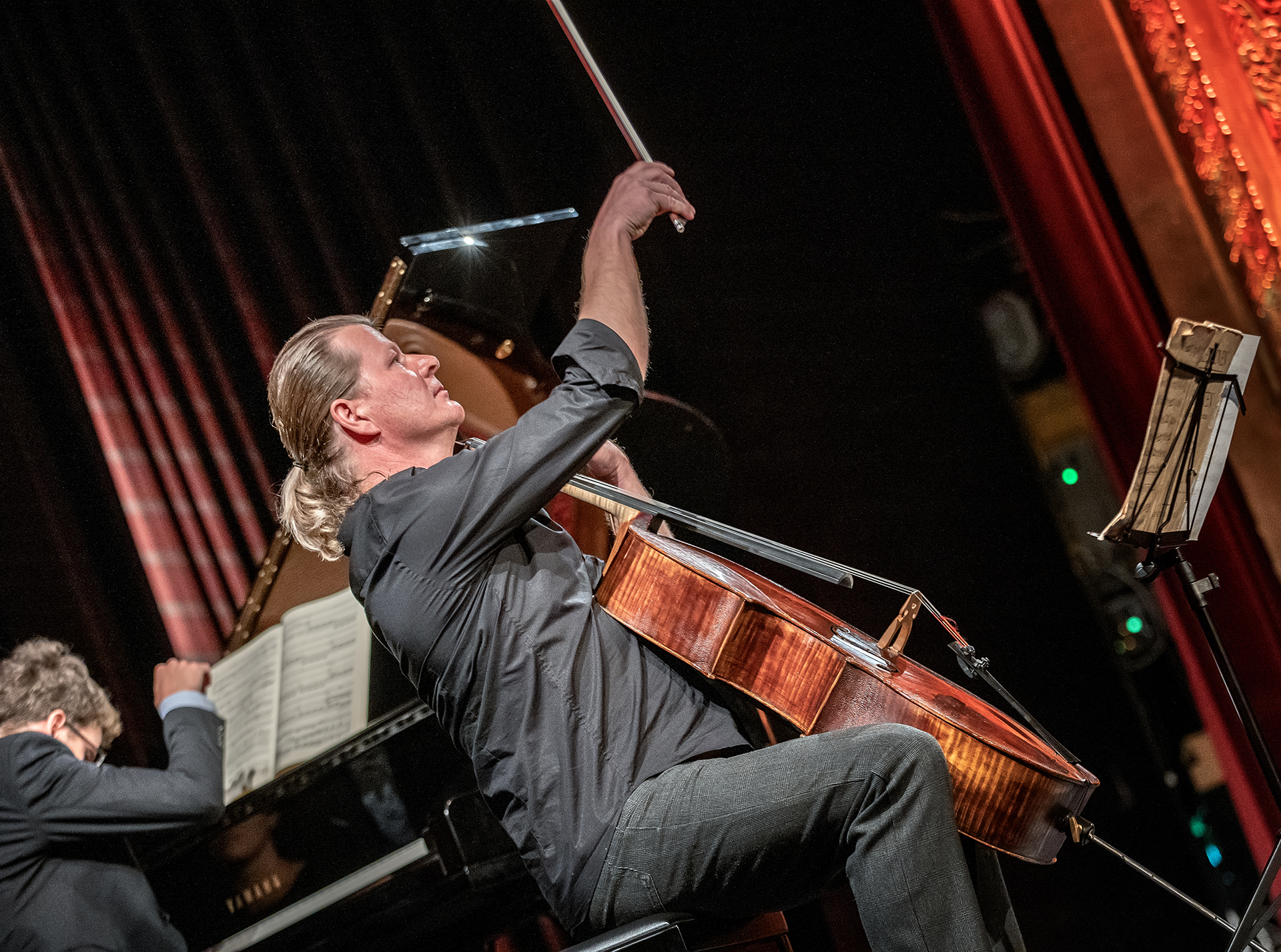 The romantic embodiment of simplicity and innocence, the flaxen-hair girl, already turns up in an early song of Debussy's. Still, her real popularity came through a piano prelude written in 1910. The captivating piece was transcribed for violin in the same year by a friend of Debussy's, Arthur Hartmann. Kristóf Baráti will delight us with this transcribed piece. Debussy's Cello Sonata, penned just a few years later, is a somewhat unrefined, witty and, in several aspects, neo-classical work. Early Debussy-compositions are often compared to Impressionist paintings; the Cello Sonata, performed by László Fenyő and Elisaveta Blumina, could be linked to Cézanne's more angular, geometric, Post-Impressionist pictures. A chamber music festival should certainly feature compositions for piano four hands, so the two pianists, a married couple, Barbuti–Lonquich, will bring us Schubert's "Hungarian-sounding" piece from the highest peaks of home music. As the concluding composition of the evening, the quartet Bekavac–Margulis–Kokas–Csalog will play for us Messiaen's Quartet for the End of Time, written under the most awkward circumstances: it was completed in a World War II labour camp, yet it let various orthogonal elements interact with each other, ranging from birdsong Messiaen was so fond of to Indian rhythms and theological concepts.