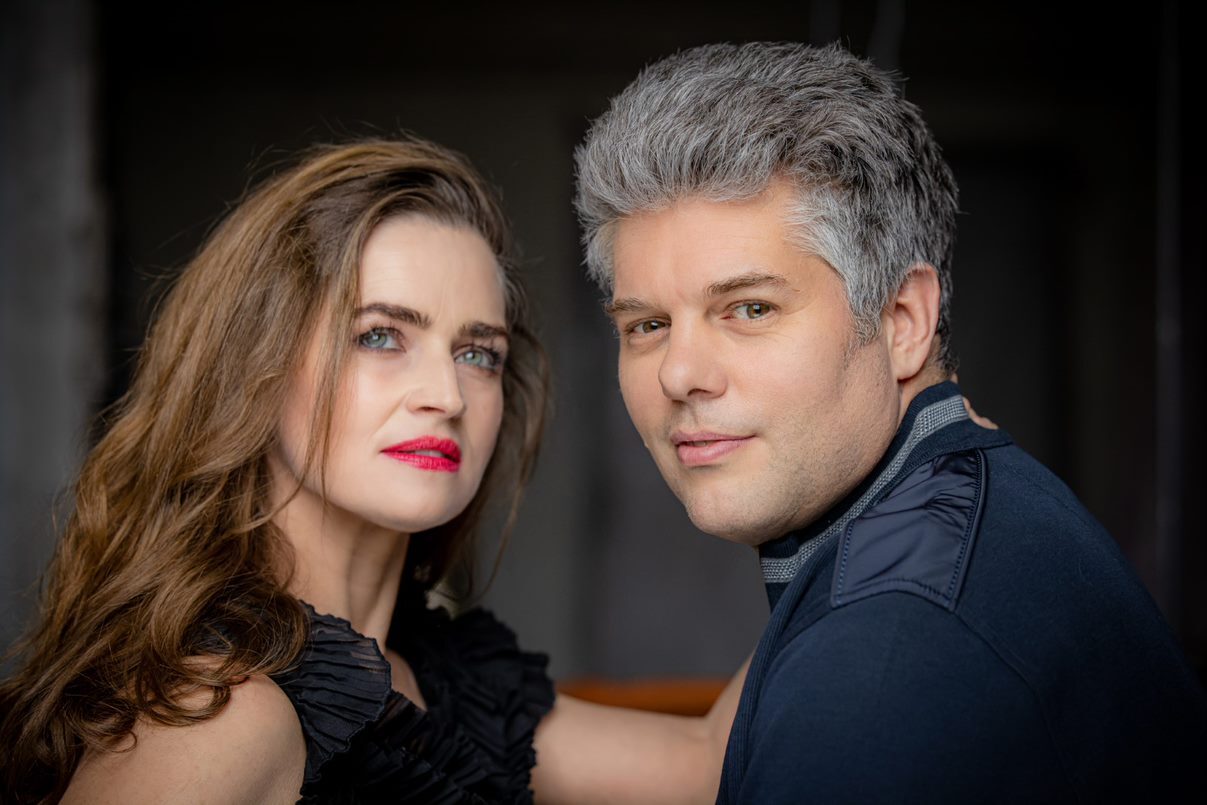 One of the most outstanding figures of her generation of Hungarian violinists, Katalin Kokas was born in a family of music educators. Besides solo recitals, chamber music, string quartets and music pedagogy have also  been playing a crucial part in her career. Since 2004, he has been a member of the academic staff of the Liszt Ferenc Academy of Music, regularly gives masterclasses both in Hungary and abroad. Some of the most prominent musicians of the international music scene have invited her to their festivals, for instance, Gidon Kremer to Lockenhaus (Austria), Steven Isserlis to Prussia Cove (UK), Isabelle van Keulen to Delft (Holland), Jelena Baskirova to Jerusalem, András Schiff András to Ittingen (Switzerland), Dima Slobodeniouk Korsholma (Finland), but she also featured at MIDEM in Cannes. She has collaborated with such world-class artists as Zoltán Kocsis, Miklós Perényi, Michael Stern, Kobayashi Ken-Ichiro, Alexander Lonquich, Pekka Kuusisto, Guy Braunstein, the Chilingirian Quartet and such high-ranking ensembles as the Bratislava, the Isreal or the Franz Liszt Chamber Orchestras, the Philharmonics of Taiwan, Košice, Poznań or Târgu Mureș, several symphony orchestra in Hungary, North and South America and South Africa. She was the founder of the Kaposvár International Chamber Music Festival and also acted as its artistic director in the initial five years of its history. Later, together with her husband,  Barnabás Kelemen, she co-founded the international chamber music festival and masterclass Festival Academy Budapest. Since 2010, she has been a member of the internationally celebrated Kelemen Quartet, which returned to the stage after a three-year break in May, 2021 with two new members – the violinist Jonian Ilias Kadesha and cellist Vashti Hunter – and debuted at the Bartók Spring Festival in Budapest with Bartók’s six string quartets covering the composer’s entire career.  Her art has been honoured with the Liszt Ferenc Prize and Hungary’s Meritous Artists Award.

Violinist Barnabás Kelemen conquered the world’s most renowned concert halls with his breathtaking technique and electrifying and passionate performance style. As a versatile and open-minded artist, he is not only an outstanding soloist and chamber musician but also artistic director of various festivals. He has acted as a music educator in acclaimed institutions, professor of the University of Cologne and associate professor of the Liszt Academy. His accomplishments have been acknowledged  with numerous Hungarian and international awards: among others, the Gramophone and Kossuth Prizes. His repertoire is exceedingly broad: he is an authentic interpreter of early Baroque, Classical, Romantic and 20th-century pieces. Kelemen is also committed to contemporary music; world- and Hungarian premieres of Kurtág, Ligeti, Schnittke, Gubaidulina, Steve Reich and Ryan Wigglesworth’s composition are linked to his name. He is a regular guest in the most prominent concert halls, such as the  Carnegie Hall, the Concertgebouw, the Royal Festival Hall, the Palais des Beaux Art, the Suntory Hall and the Berlin Philharmonie. He has collaborated with conductors like Lorin Maazel, Sir Neville Marriner, Vladimir Jurowski, Marek Janowski, Michael Stern, Krzysztof Urbański,  Zoltán Kocsis,  Péter Eötvös and Iván Fischer. He is also keen to take to the conductor’s podium himself. In the past seasons, the National Philharmonic Orchestra, the Budafok Dohnányi Orchestra, the Indianapolis Symphony, the Israel Chamber Orchestra and the Concertgebouw Chamber Orchestra played under his baton. With his wife, Katalin Kokas, he is the artistic director of the Festival Academy Budapest chamber music festival and masterclass, where such prestigious artists regularly take to the stage as Vilde Frang, Maxim Rysanov, Shlomo Mintz or Joshua Bell. From 2010, for eight years, he led the internationally acclaimed Kelemen Quartet founded by him, which – after a three-year break – was restored in May 2021 with two new members – the violinist Jonian Ilias Kadesha and cellist Vashti Hunter – and debuted at the Bartók Spring Festival in Budapest with Bartók’s six string quartets covering the composer’s entire career.

Gergely Fazekas on the artistic director of Festival Academy Budapest

„My former piano teacher, Zsuzsa Pertis, would often talk with great and sincere enthusiasm about her daughter-in-law, Kati, who was endowed with so many wonderful gifts: she was not only a sublime violinist but also a marvellous cook, an excellent painter and had a special talent for interior design. She told me of course – before and after the piano lessons – about her only son, Barna, too, always with a heartfelt, yet restrained maternal admiration. She was also proud of her children’s awards (Kati had just come first at the József Szigeti International Violin Competition, while Barna had just won first prize at the International Violin Competition of Indianapolis, as well as six out of the eight special prizes and came third at the Queen Elisabeth Competition in Brussels), but she was most proud of the fact that her son had performed Bartók’s Violin Concerto alongside Kocsis and that he had played Berg’s Violin Concerto in the Concertgebouw under the baton of Péter Eötvös. Above a certain technical level, judging performing arts is a matter of taste, thus I can relate to you how I personally feel about their art, for example that I am exceedingly fond of the combination of spontaneity, technical skills, awareness of stlye and profound musicality that is so characteristic of their performance. I am simply smitten by the fact they never play the same piece the same way twice, that they dare to take risks, that whatever they do – play in a string quartet, give classes or organise a festival – they do it with relentless faith, that they make music and live with the same glowing intensity, now with four children, Hanna, who is mad about beat-boxing and strives to be an actor, the football-player and violinist Gazsi, Olga, who toddles with musical dance-steps and little Zsigmond with bright eyes.”