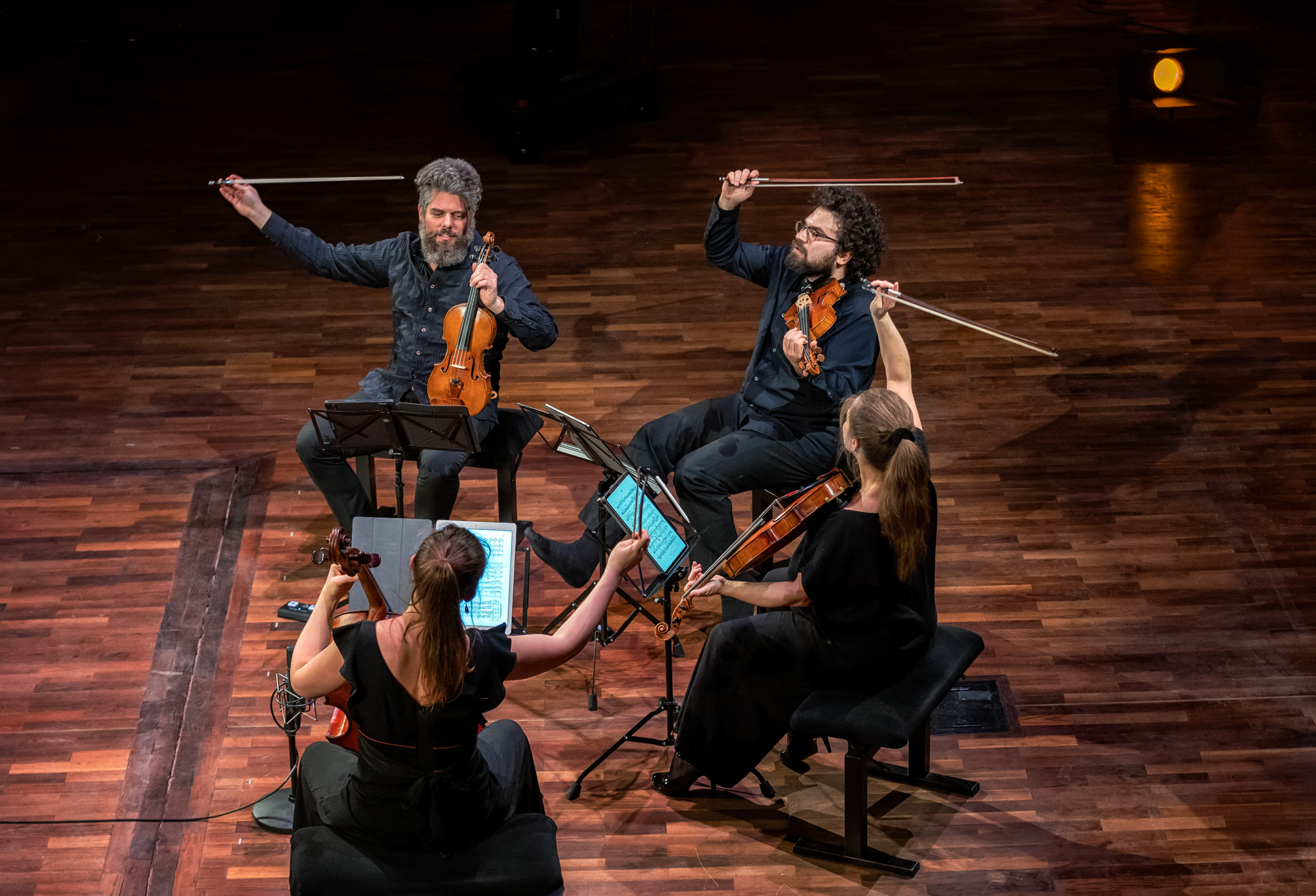 Gidon Kremer and the Kremerata Baltica's concert will feature works by contemporary Baltic composers, Bach transcriptions in memoriam Glenn Gould and two enchanting drawing-room pieces, followed b a genuine family production. According to the music press, "the most exciting violinist of the world", Patricia Kopatchsinkaja, alongside her folk fiddler mother and her father, a renowned cimbalom player, will be playing traditional music from her home country, Moldova. The second half of the concert will evoke 20th century Modernism. First, the transformed Kelemen Quartet will give a rendering of Bartók's 1927 String Quartet No.3, unsurpassable both in depth and in energy. Next, Patricia Kopatchinskaja will return to the stage, playing with her chamber music partners the central piece of her superb Schoenberg album. This time, we can hear her as a singer and actor in Schoenberg’s 1912 composition, Pierrot Lunaire – 21 brief movements. It is a journey into the depths of the human psyche, combining conventional classical music forms with cabaret traditions and the musical language of the early 20th century that goes beyond the world of tonality. One of the reviewers noted, "Kopatchinskaja is accomplishing something that some classical music traditionalists likely thought impossible: She's making the music of Arnold Schoenberg fun."