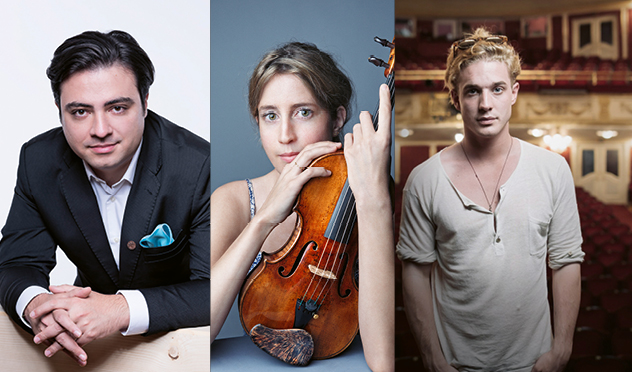 Ilona Fehér, the legendary violin teacher after whom one of FAB's violin competitions is named, pursued her studies at the Liszt Academy under the guidance of Jenő Hubay; then, between the two world wars, she had a soaring solo career. After the ordeal of the Second World War, she emigrated to Isreal, where she was initially a violin soloist, but later, she began a teaching career. She trained such violinists as Pinchas Zukerman, Shlomo Mintz, and one of her last students, Hagai Shaham, who will interpret for us Beethoven's Kreutzer Sonata alongside the outstanding Argentinian pianist, José Gallardo. Before and after the sonata – in the second half of the concert –, we can relish works by Czech composers: Dvořák's aetherial beautiful cello-piano duo, Silent Woods, performed by Dóra Kokas and José Gallardo, while Barnabás Kelemen and János Balázs will interpret Brahms’s sonata in D minor. The concluding piece of the event is one of the grandest chamber music compositions in Dvořák’s oeuvre, String Quintet in G major, written in 1875.