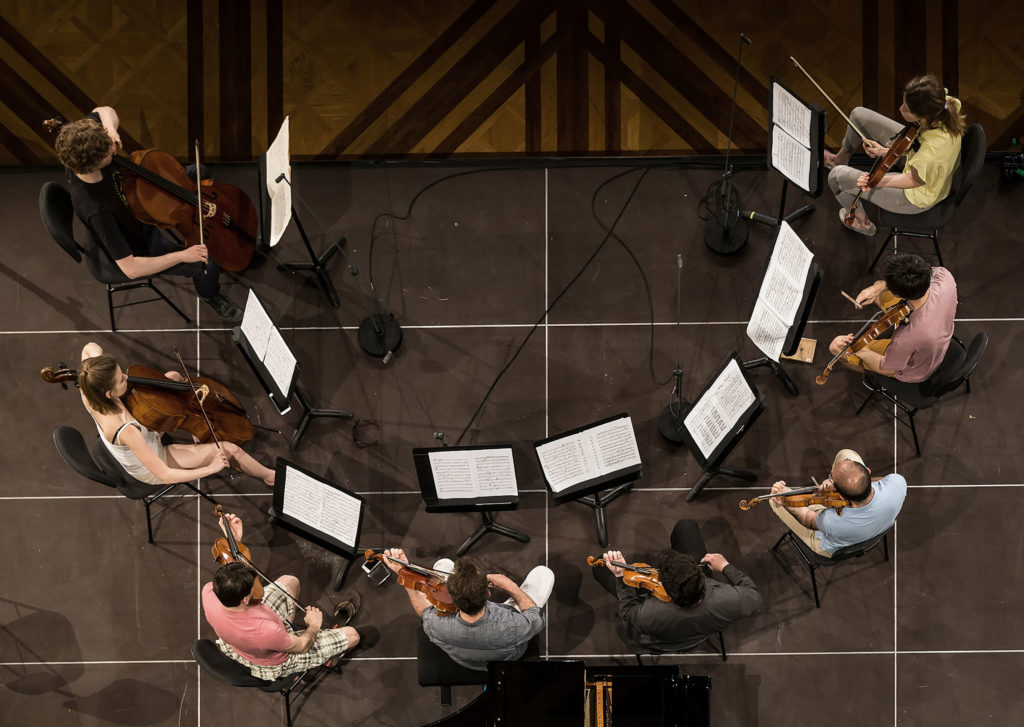 Not even a year has passed since the Voit organ – which used to symbolise Hungary’s music scene – was restored after many years of silence in the Grand Hall of the Liszt Academy. Her famously splendid sound will be featured also in Festival Academy in Bach’s Sonata for Violin and Harpsichord and in a contemporary composition written to accompany it, penned by the Junior Prima and Artisjus Awards- winning composer Péter Tornyai especially on commission of the Festival Academy. Franz Liszt had two great role-models: Bach and Beethoven. In his large-volume passion Via Crucis the sincerity of the Baroque genius and the grimness of Beethoven’s works can be perceived simultaneously. One of Bach’s secular cantatas will be staged during the vocal section following the intermission. This will give way to the deeply admired „Kreutzer” Sonata, which can partly thank its popularity to Tolstoy and was - interestingly - rejected by the violinist Rudolph Kreutzer who it had been dedicated to and named after.