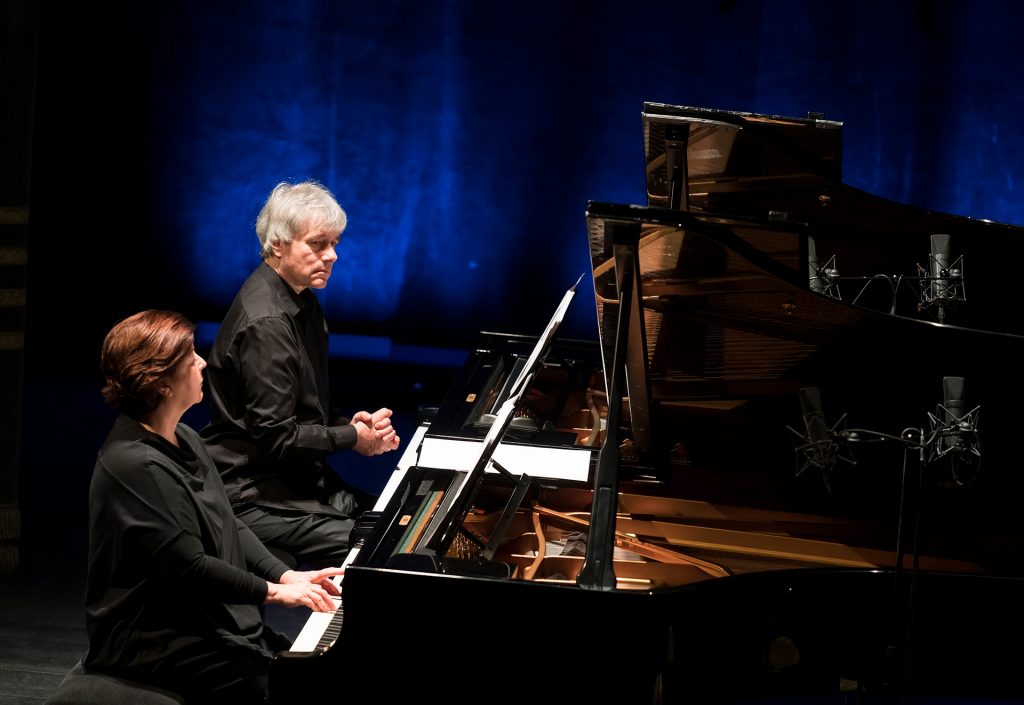 From the perspective of Liszt’s oeuvre, most pianists fall into two categories: the virtuosos, who prefer playing Liszt’s early and middle works but find his later ascetic style inaccessible,  and the „modernists”, who would rather have it the other way around: they opt for the later works and are inclined to sneer at the popular Liszt compositions. Edit Klukon and Dezső  Ránki fall outside – or rather stand above – these categories: for them, it is Liszt and his full oeuvre that matters in its entirety. At the closing concert of Festival Academy Budapest, both faces of Liszt’s will be presented to us, so we’ll have the chance to realise that the symphonic poem paying tribute to the tragic fate of the poet Tasso completed in 1854 and the Mephisto Waltz No. 2 full of dissonances written much later have much more in common than which divides them. The second half of the concert will feature two closely linked compositions from the later half of the 20th century performed by the Amadinda Percussion Group: a key figure of American minimalism Steve Reich (1936) composed his Mallett Quartet scored for two marimbas and two vibraphones in 2009 for the 25th anniversary of Amadinda. Behind (or underneath/above?) the magical rhythm structures, fascinating harmonies and counterpoint structures evolve. The British composer Gavin Bryars (1943), who used to play in Steve Reich’s ensemble for  a short while himself, penned his One last bar then Joe can sing in 1994 (commissioned by the legendary Nexus Percussion Ensemble). With it, as he put it, he wished to create chamber music as flexible and subtle as string quartets.