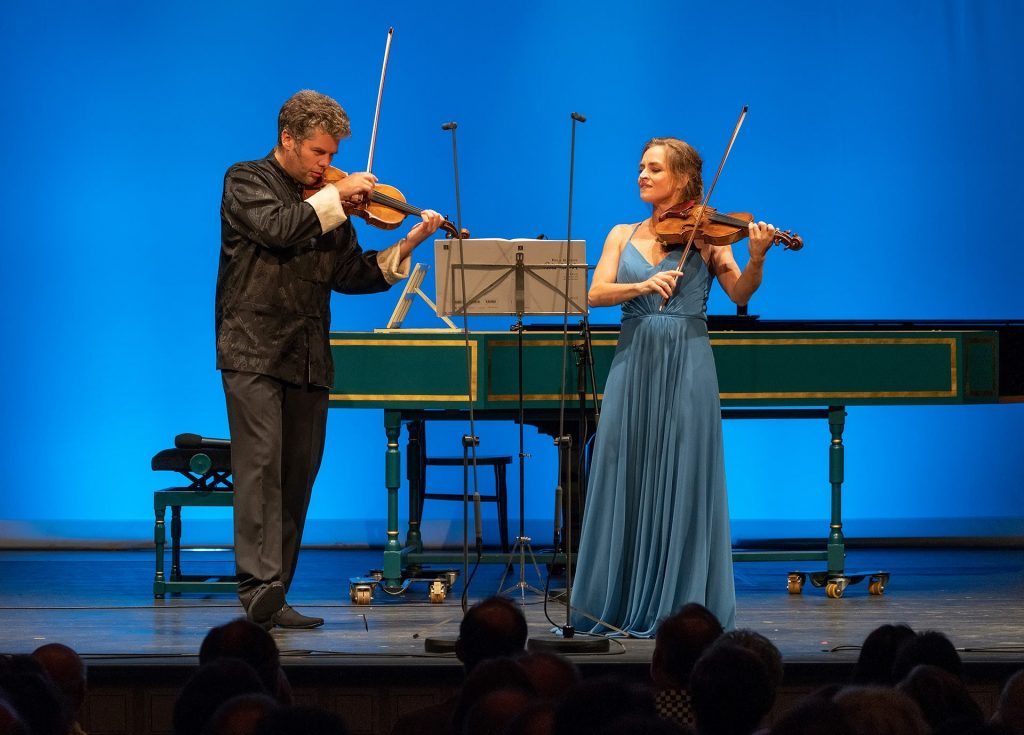 In his essay written in 1931 on how folk music could be incorporated in classical music, he claimed that its uppermost level is when „the composer does not make use of neither peasant melodies nor imitations of peasant melodies can be found in his music, but it is pervaded by the atmosphere of peasant music. In this case we may say, he has completely absorbed the idiom of peasant music which has become his musical mother tongue.” The beautiful concept of an acquired native tongue demonstrates what important inspiration folk music meant to Bartók – just like to Kodály – , and how profoundly they integrated it into their own oeuvre. All works featured at the concert invariably ooze the atmosphere of peasant music: the violin duets written with an educational purpose or the Contrasts dedicated to Benny Goodman or Two Pictures originally written for an orchestra, which we’ll hear in a version for two pianos transcribed by the greatest Bartók-interpreter of all time, Zoltán Kocsis. With this transcription, we pay tribute to Kocsis, who used to be a regular guest musician of Festival Academy, and in 2016, just a couple of months before his death, he gave a large-scale lecture series on Bartók’s string quartets at the festival.