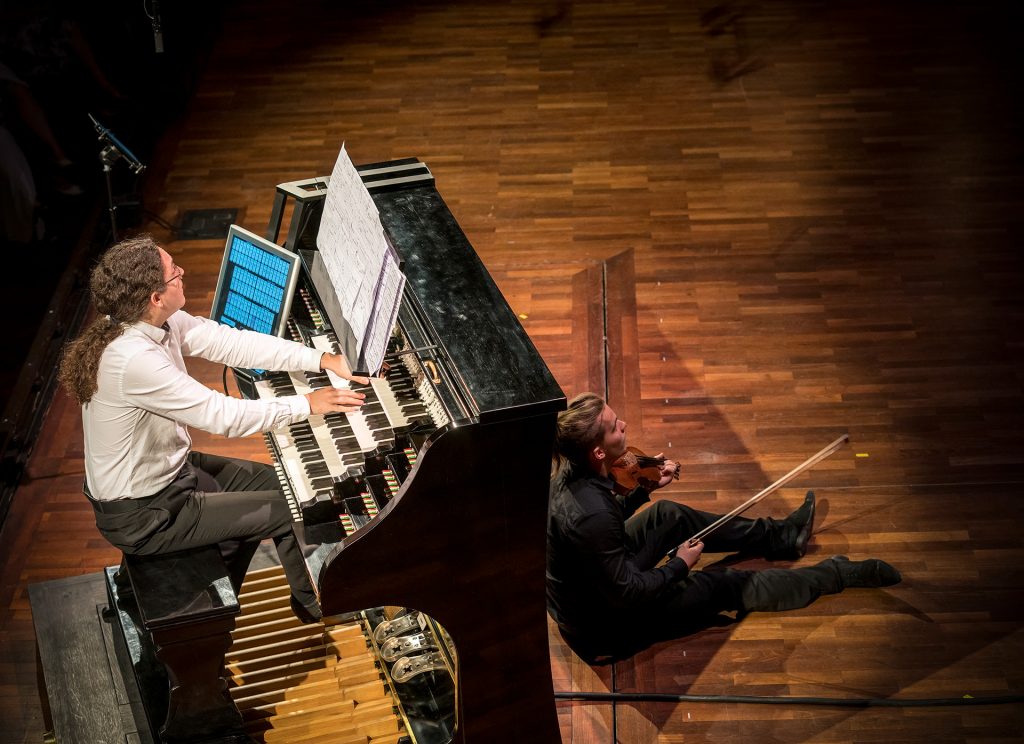 Two percussion compositions written in the 20th century, a poignantly beautiful violin sonata by Mozart and Liszt’s monumental tone poem re-arranged for organ four hands will be featured at the fifth concert of Festival Academy Budapest. Steve Reich builds up his piece written for two clappers –this time by Szabolcs Joó, percussion professor at the Liszt Academy and Barnabás Kelemen - based on a single rhythm pattern. Mozart’s Violin Sonata in E minor was composed when Mozart lost his mother in Paris. It is without the shadow of a doubt that Katalin Kokas and Tamás Érdi will draw out an incredible range of emotions from the piece. Liszt’s tone poem played by two organ professors of the Liszt Academy, László Fassang and Balázs Szabó in a four-hands version transcribed for the organ, encompasses the entire scope of life from birth to death.