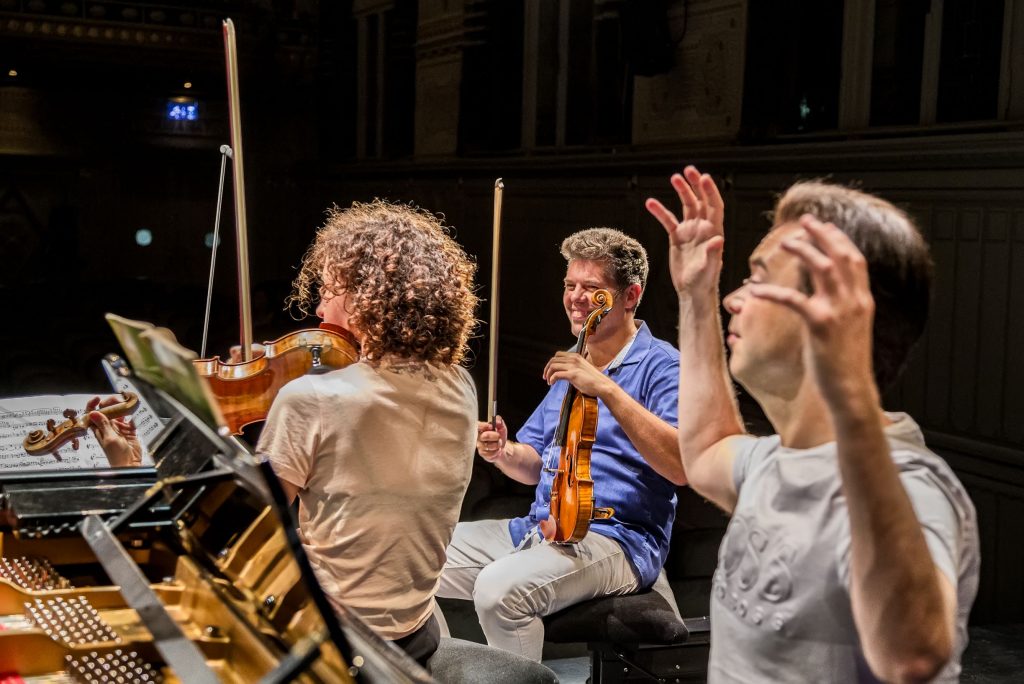 The second concert of Festival Academy Budapest begins with a real musical treat: the song cycle On Wenlock Edge written by one of the most significant composers of Britain around the turn of the 20th century, Ralph Vaughan Williams (1872–1958) featuring Klára Kolonits, János Palojtay and the young Korossy Quartet. The cycle comprises settings of six poems from Alfred Edward Housman's (1859–1936) 1896 collection A Shropshire Lad and faithfully reflects the diversity of Vaughan Williams’s compositional style, fusing the simplicity of English folksongs, Brahms’s dense harmonies and the rich timbre of contemporary French music. Schumann’s Piano Trio in F major from 1847 is a similarly multifaceted composition: the opening movement quotes from one of the songs of his song cycle, Liederkreis, some scherzo canons appear in the ethereal slow movement, while the closing movement renders an intense dialogue between the trio members, this time three Kossuth-prize winning musicians, Barnabás Kelemen, Miklós Perényi and Tamás Vásáry.