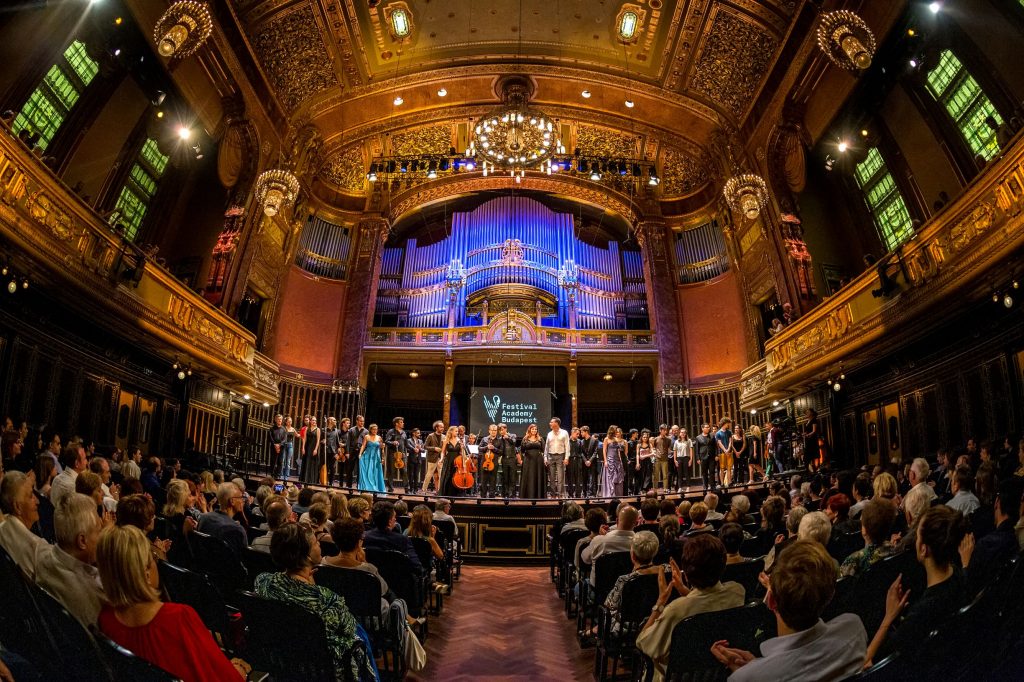 The festival is set in motion with the venturous French Baroque composer Jean-Marie Leclair’s (1697–1764) unaccompanied Sonata for Two Violins in C major performed by the two artistic directors of the event series, who have recently recorded all two-violin works of Leclair’s. After the period of self-isolation, this opening piece will carry the power of „respire” with the same force as the Mozart Violin Sonata in A major played by Vilmos Szabadi and Márta Gulyás, which oozes the glee of the Piano Sextet in D major written by Felix Mendelssohn, who would often be regarded as the Mozart of the 19th century. When he wrote this captivatingly inventive piece now performed by a selected group of chamber musicians, the composer was just 15 years old.